Ever wonder what makes a material water-repellent? Hydrophobic materials can be useful in a myriad of applications, basically anywhere where you don't want your things to get wet. To figure out how to engineer materials with better hydrophobic properties, scientists have turned to nature (specifically, the lotus leaf) to study its intelligent design. Lotus leaves (pictured below) are well known for being superhydrophobic, so they serve as an excellent case study.

Note: the concept of studying nature's design and using solutions developed by nature over thousands of years is known as biomimicry.

Before we dive into the "Lotus effect" (superhydrophobicity), it is important to have an understanding of a concept called surface energy. Imagine the animation below displays an infinite array of atoms bonded together - an infinitely large piece of material. If we were to cut a shape out of this material we'd be creating a surface, and in creating a surface we would have to break bonds between atoms (represented below as blue circles). Atoms form bonds because it allows them to exist at a lower-energy state, so it takes energy in order to break these bonds and create a surface. This energy required to break the bonds is known as surface energy.

Animation illustrating the energy associated with creating a surface.

Now that we have an intuitive understanding of surface energy, let's look at a water droplet. 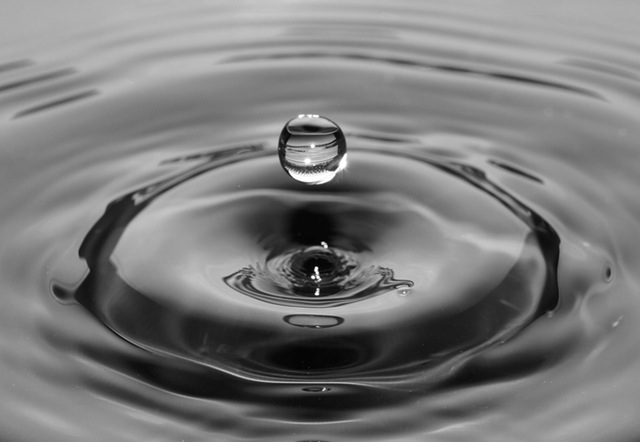 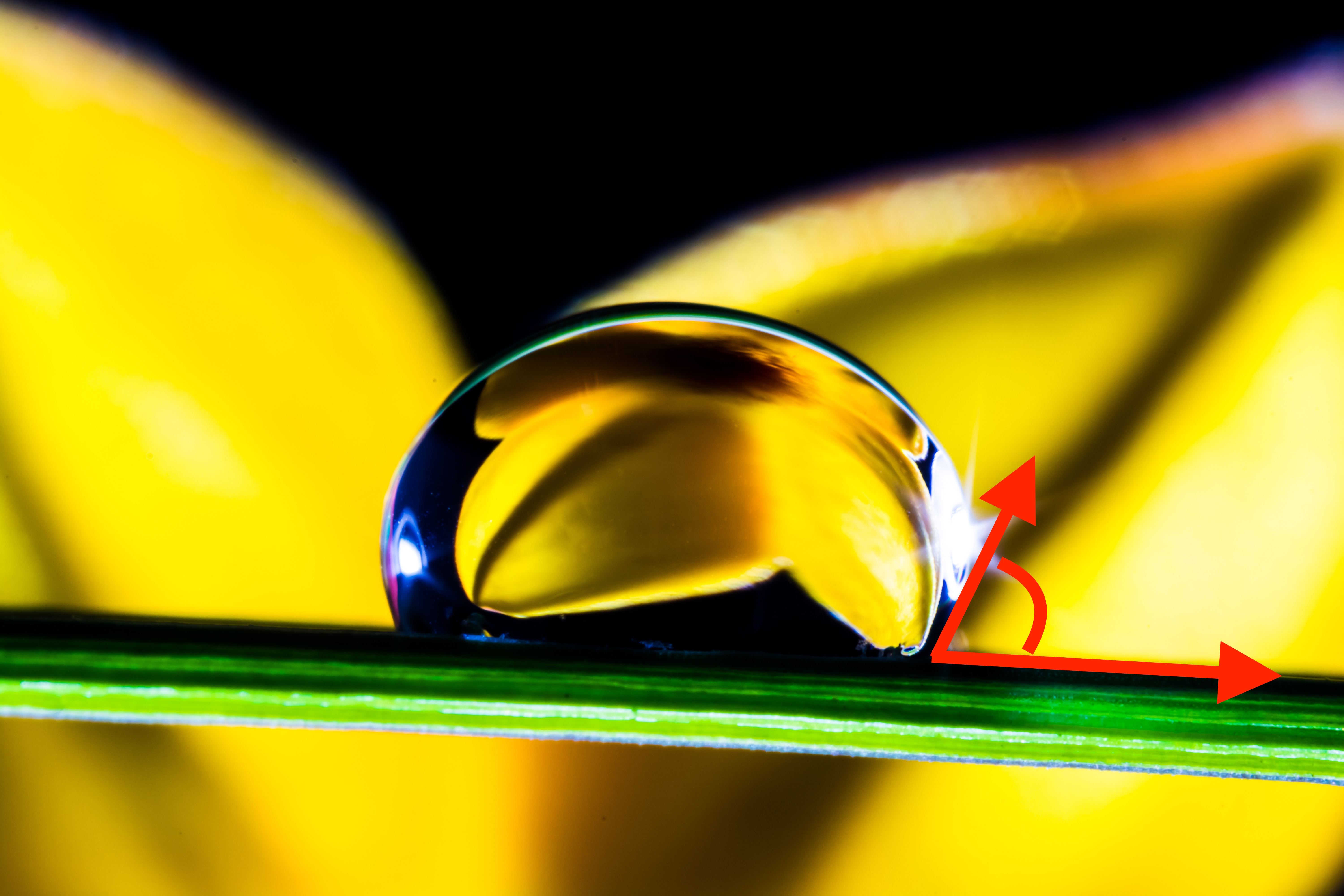 The surface of the lotus leaf has a hierarchically rough structure, as shown below in (b) and (c), which discourages wetting (as explained in further detail below.) The tubules shown in (c) are made of a wax that contains non-polar methyl groups. This non-polar wax does not favor interactions with water (a polar substance.) 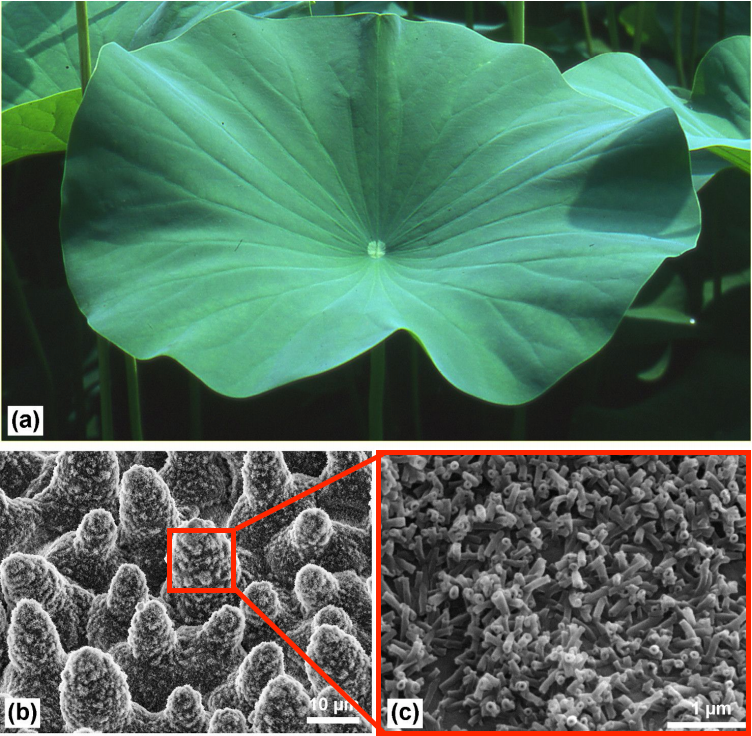 Image credit to paper referred to above.

To understand why a rough structure discourages wetting, recall that a material tries to minimize its surface energy through surface interactions and geometrical configurations. If we introduce a rough structure, the material has to significantly increase its surface area in order to squeeze into the gaps and interact with the surface. Thus, the material isn't as effectively able to lower its energy through interfacial interactions so it relies more on geometrical optimizations (assuming the shape of a sphere.) 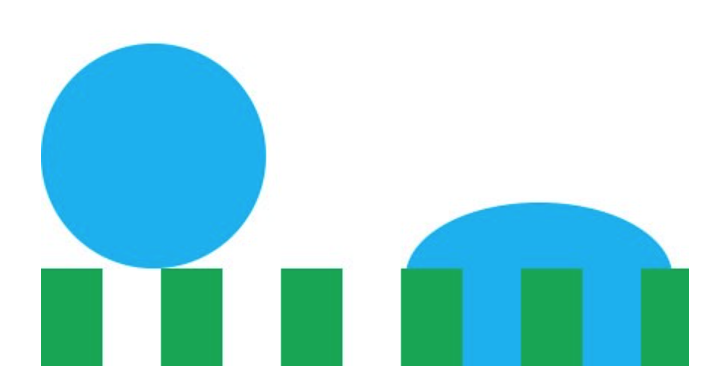 However, the lotus leaf takes this concept a step further because the papillae shown below exist at uneven heights. This decreases water adhesion to the leaf's surface even more, forcing the water to bead up and easily roll off. 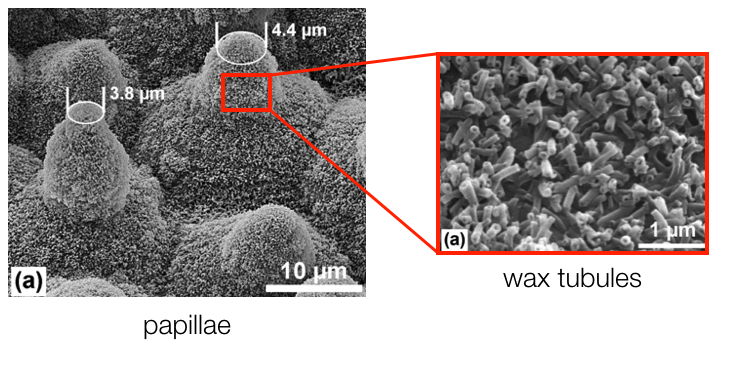 The epicuticular wax, shown above, has non-polar methyl groups (CH3) at the surface which also discourage leaf-water interactions due to the polar nature of water. (Remember, like substances dissolves like substances- which is why nonpolar oil won't mix with polar water.) These wax crystals are stabilized by hydrogen bonding among hydroxyl groups (OH), allowing the wax to have a higher than average melting temperature (90-95 °C). 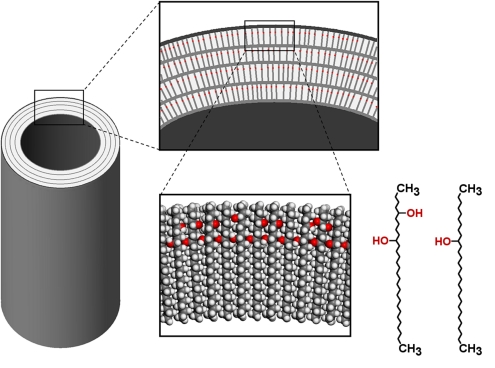 Image credit to paper referred to above.

In summary, the structure of a lotus leaf has a clever design that discourages surface wetting both through a waxy nonpolar coating and a rough structure which both make surface interactions less favorable, allowing water to bead up into spheres and easily roll off the leaf.

By studying the waterproofing techniques of a lotus leaf, we can develop coatings for electronics to waterproof your next smartphone. These same techniques can be applied for other uses as well. For example, Dr. Bharat Bhushan of Ohio State University has developed a material that "if scaled up, you could potentially catch an oil spill with a net."

Wait, how does the oil spill-catching net actually work?

Bhushan uses the same two design principles we learned about when studying why the lotus leaf has such incredible self-cleaning properties: make the surface rough to discourage "wetting", and choose a surface material based on the type of materials you wish you repel. For the lotus leaf, we wanted water to roll off the leaves, bringing any dirt along with it. For Bhushan's oil catching net, he wants to allow water to pass through while keeping oil contained by the mesh. Thus, rather than coating the surface of his net with waxy tubules (nonpolar - repels water) like the lotus leaf, Bhushan deposits a polar material on the surface to allow the passage of water but prohibit oil (nonpolar) from passing through the net. 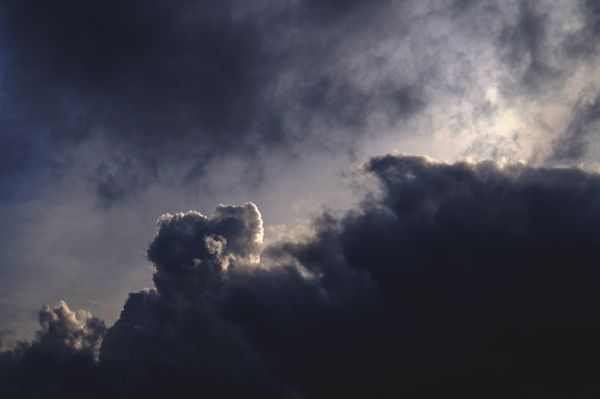 I decided to write this post after I found out that I was not selected to go on a trip sponsored and subsidized by my school. It was a really 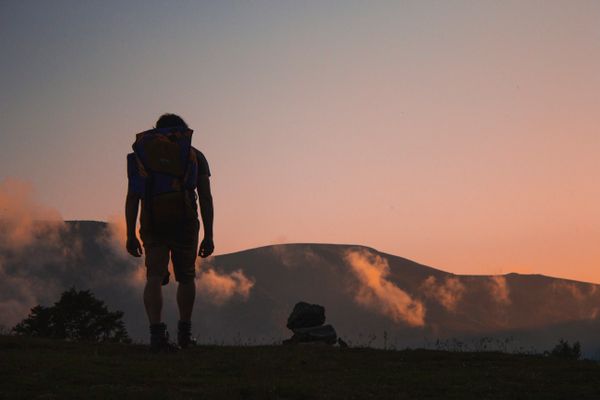 This past Friday night I went home to cook dinner with my mom and spend some time with her as the school semester is winding down. After dinner, we were